What is the language of healthcare? 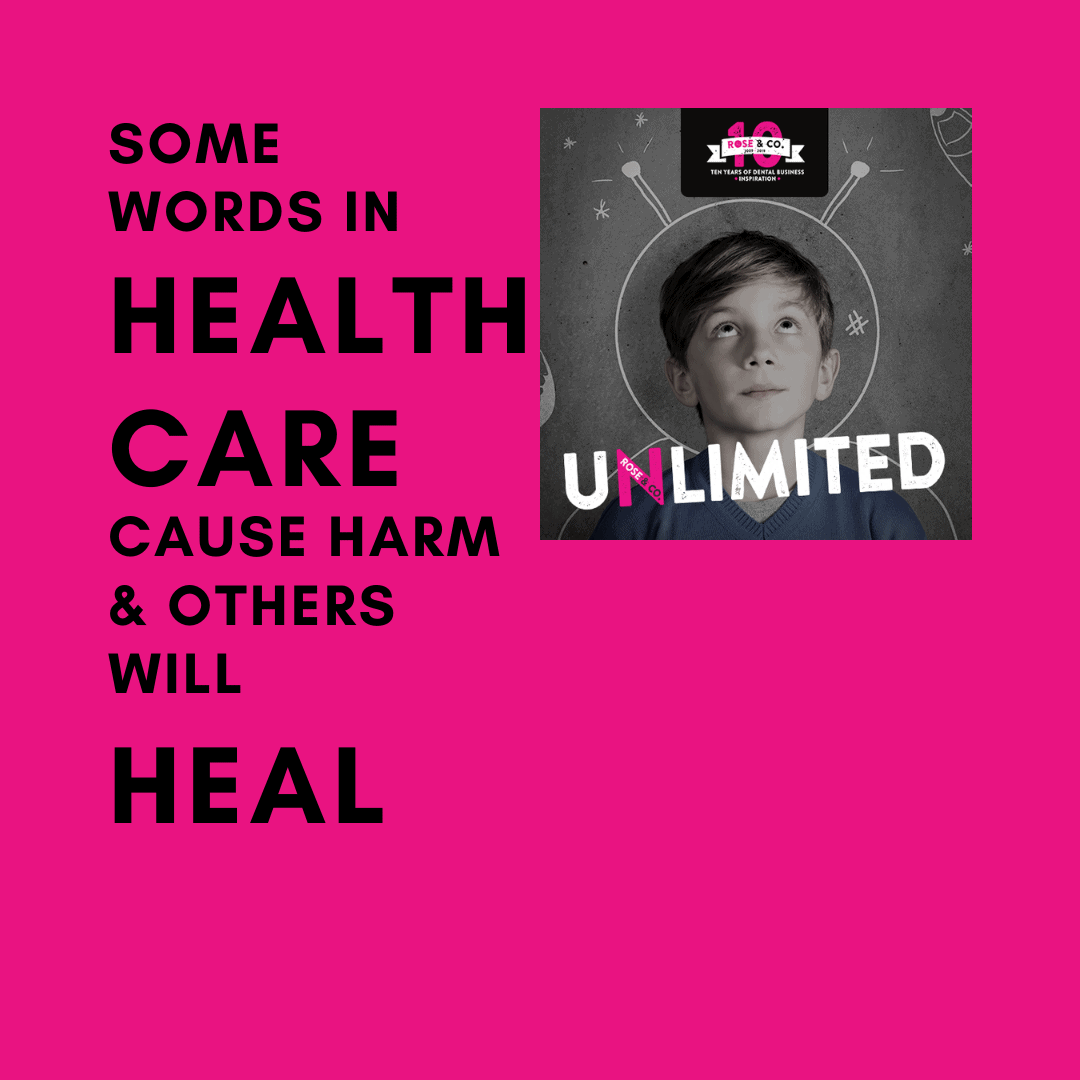 20 Feb What is the language of healthcare?

“Leads, conversion, closing and objections.” Is this really the language of healthcare?

At a time when other professions as well as businesses in general are waking up to the importance of values, their CSR responsibilities and the need to have a ‘Social License’, in dentistry, we’re also seeing the language of the 1990’s creeping into healthcare and dentistry.  The problem with the language of the 1990’s is that people are wise to it. It never was right but at the time when it was thrust upon those that were told to use it, it was exactly that, underpinned by management and leadership that created a culture of fear. And for any reader fortunate enough to not have witnessed it first hand, and the impact that era still has upon us today, look at any profession where regulation and regulators have had to step in and you will see protagonists that used what we now call mis-selling, as part of their weaponry, to put theirs, not the customer’s interests first.

As one dental commentator added recently, “How would we feel if the conversation of our doctors and solicitors contained these words (leads, conversion, closing and objections) after we had visited them? Trust is the only issue and we are at risk of losing it if the bottom line trumps the advice given.”

This is an insightful observation and although increasingly businesses are recognising that profit is not the only measure of success in any business, surely in a business where there is an implied relationship of trust such as healthcare, the very minimum that the beneficiaries should expect, is that the provider is doing so independently of any vested financial interest and to be detached from the financial outcome.

It’s hardly that we cannot observe the presently occurring shift in business thinking and waking up to the importance of values and purpose. The problem is that in some areas dentistry tends to lag behind what is going on elsewhere. The business practices of the 1990’s and the language that created decades worth of scandals and back pedaling have thankfully been dropped by many. Some of this is because of regulation and regulators and some of it is because the World and society is changing. I’ve been pleasantly surprised at just how laisez faire the ‘sales people’ were when I last bought a car and on the rare occasion that I actually visit a branch of my bank, at least on the face of it, the staff don’t seem to be incentivised to sell me stuff I don’t want, insure risks that I don’t have and put my pension into a scheme that is worse than where it left off. Some even say so in their magnanimous slogans and marketing messages…”We’re here to help, not just sell you stuff.”

This decade will be different, it has to be. Society, the health of our planet and the interconnectedness of everyone and pretty much everything will dictate it. We will see a continuation of a shift that began at least 20 or 30 years ago and what was once ridiculed for being a bit too ‘think tank’ is and will become common place, if not yet popular thinking.

For some businesses it will be a reluctant shift, some will simply reflect upon seeing others finally catching up and some will only shift when their hand is forced. We have seen this already. For example, some retailers have never used plastic carrier bags and some only phased them out when regulation was forced upon them. It will be the same with single use plastics. You’ve got about 12 months or so to think and apply whatever you can to reduce wastage in surgeries before somebody changes the rules and you have to do it. In the meantime patients are holding you and other businesses to account for your environmental impact, whether they tell you so or not. GDPR was the same, panic stations for some and just a date in the diary for others.

The shift encompasses every part of business including how we communicate with customers and patients. My advice is always to think about being ahead of the regulation, so that when it comes in, you don’t need to do anything, because you’ve already made the shift. How do you stay ahead of the regulation and how do you make the shift?…as ever, your business and leadership thinking has to start with values. Values are always the common denominator.

There are some businesses that do the right thing because they want to and always have, and there are those that will only do so when they are told to. I think we all know which ones will survive the decade.