How can dental leaders turn chaos into calm? 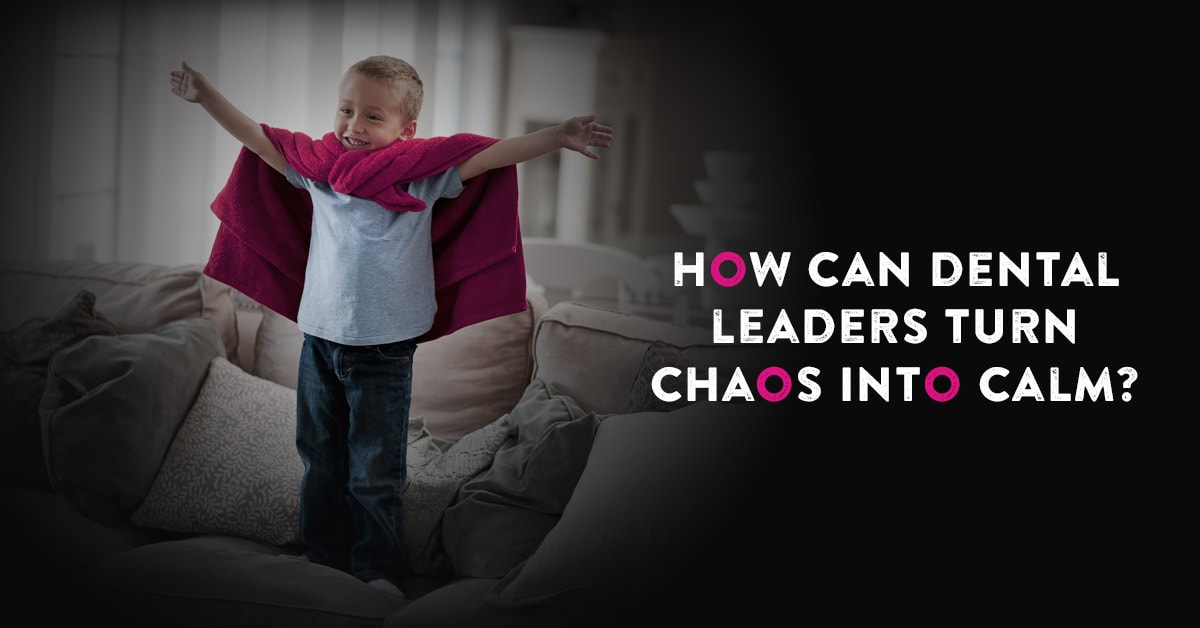 08 Oct How can dental leaders turn chaos into calm?

Six months ago, more than 10,000 dental professionals watched what we may now look back on as a pivotal webinar from the CDO. It was as you may remember what everybody had been waiting for, just one more webinar in a week when frankly there wasn’t much dentistry to be done. For many, the webinar failed to provide the clarity of message or the leadership that the profession was looking for and will have concluded that the private dentist was going to be left to their own devices.

So it’s intriguing to see what has happened since then and whether the dental top brass have stepped up. It is fair to say that things have happened, and that subsequent communication from the office of the CDO has improved. The appointment of Jason Wong will also be for many a popular and timely appointment, my sentiment too.

But what about the patient… I have no truck with the CDO, but I am closer to being an informed dental bystander and a patient than many and that provides me with perspective, and that perspective can provide insights for those leaders that will listen. The voice of the patient is saying that they don’t understand or care less about fallow time and AGP’s, than they do about their bleeding gums, cancelled appointments, being cared for, the often chaos in dental practices and waiting outside in the rain. Sadly that voice can be lost amongst the harsh reality of paying bills, air circulation and wondering what everybody else is doing, when all most dentists want is the fulfilment of being able to do what they trained to do and in order to make a living.

The irony of the current situation is that the guidance and actions that are meant to protect patients right now, could in the longer term damage patients. Undiagnosed perio, creeping BPE scores, defunct labs, redundant technicians, and rising waiting times are all unsavoury consequences, and that’s before we gauge the antipathy from the public who continue to be bombarded by ugly headlines about dentists and accusations about a money first agenda.

What we need right now is to transform the chaos into calm and that is one of the roles of a leader, at every level in the profession, CDO and downwards. What we need right now is leadership from the very top, leadership as brave as some of the new cohorts that have, out of desperation, tried to steer the profession from within. Real leaders have the ability to look to the horizon, way past AGP’s and fallow time.

The number one thing that the profession needs right now is through research, decide exactly what the real threat is. The real threat, not a perceived one. And that decision needs to me made independent of political or vested interests. This decision will require leadership, and a leader that can measure the actual risk and then with clarity of thought and without fear, take action.

Will you be that leader?